With workers’ compensation insurance, business workers are protected in case of injuries while performing work duties. Benefits include medical costs, as well as compensation for lost wages, rehabilitation, retraining or permanent disability.

In Australia, it is estimated that $61.8 billion go to work-related injury and disease, which represents 4.1% of GDP.

Insurance policies for workers are mandatory in Australia. If you’re an employer, you are required by law to hold policies for everyone working in your company who receives remuneration. It does not matter whether the contract is implied, oral, or written.

It is no secret that workers’ compensation claims are not cheap. But there are ways to manage and reduce those costs. Outlined below are things to consider that can lower the compensation claims of your workers regardless of the size of your business and the industry you’re in.

1. Start by Understanding How Workers’ Compensation Works in Australia

What does workers’ compensation actually cover? The answer to this question depends on which state and territory you operate in although workers are typically covered in all states if they are injured on site.

Here are other facts to know:

Workers compensation, however, will not cover injuries due to worker gross misconduct, such as when the person is under the influence of alcohol or drugs. Deliberate self-inflicted injuries are not covered either.

2. Learn What Affects the Cost of the Compensation Claim

Rates and premiums vary greatly between states. Adjustments may be implemented each year, so employers have to be on the lookout. Typically, the rates are based on:

Employers should have an action plan when a worker is injured in the course of their employment. When an injury occurs, seek immediate medical attention if required. Complete the accident report with all the details you know. If possible, be ready with evidence, such as photographs and statements from witnesses.

Make a note of any concerns you have which may allow the insurer to dispute or pend the claim.

4. Have a Good Working Relationship With Doctors

Establish a relationship with doctors who know and understand the workers’ compensation system in your state. The goal here is to ensure the best possible treatment for the worker and foster speedy recovery which in turn will control compensation costs.

Create ways that will allow the worker to get back to work ASAP. Often workers are not able to resume their full duties immediately, restricted duties allow the worker to get back to a less physically demanding job, maintains employer/worker contact and communication and increases the possibility that the injured worker will want to come back to work sooner. Meaningful restricted duties decrease compensation payments.

A common mistake that employers make is that they fail to communicate regularly with their injured worker. This can result in worsening of the claim because the worker feels that the company does not value them, they become fearful of their future, or they seek advice from third parties who do not have the employers’ best interests at heart.

Do the opposite and make sure to check in with the worker regularly as to how they are feeling and his/her current treatment and condition. It helps maintain a good relationship while also clarifying a schedule of follow-ups related to the worker’s progress.

Learn about the personal circumstances of the worker. Often, the injury, even though it may not appear severe, however, can be having an impact that you are not aware of. You want to ensure that you closely monitor how they are doing. 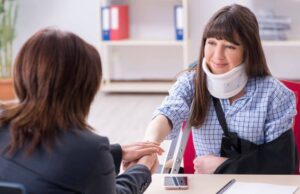 7. Have a Close Relationship With Your Insurer

Both severity and longevity of claims impact premiums. As workers are recovering, make sure the claims are being closed out and not left to sit open incurring ongoing costs unnecessarily.

Reducing workers’ compensation claims costs is a guaranteed way to cut business costs. Additionally, it is a worthy goal that aids in creating a healthier, safer, and more motivated workforce.

Ask for an Aurenda Assessment

We will review your Workers Compensation Claims